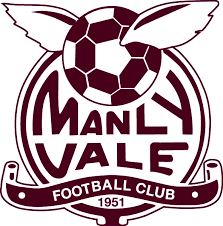 This policy outlines our Club’s position on the grading of all junior and youth players.
The policy was implemented in 2016, and will be used for subsequent seasons.

The Manly-Warringah Football Association (MWFA) currently recommends all registered clubs grade their players from the Under 9 age group and upwards.

This is to ensure all players are able to compete against other teams of a similar ability in order to reduce the gap in match-day score-lines.

In supporting the MWFA, Manly Vale will therefore commence grading players from the under
9 age group with the aim of placing every player in a team that:

Unlike other clubs, however, we have decided not to make grading for the Under 9 age group compulsory. Children will instead be given the choice, as described below.

Grading shall be organized by the Grading Co-ordinator, Coaching Director and administered by members of the Club Committee.

Grading sessions will be conducted by coaches who have a minimum of 12 months coaching experience as well as the appropriate level of Football Federation Australia (FFA) community course accreditation for the respective age groups they have been tasked with grading.

This level of accreditation is outlined in the table below.

From 2017, the grading of all junior players (9-13 yrs.) shall not only be based on these grading sessions, but also, individual player evaluation sheets compiled and submitted to the club by our coaches at the end of this season.

Depending on the number of player registration numbers, the grading of each age group shall occur over two days.

Every player to be graded shall be given a registration number and then assigned to different groups on the day.

After this, each group will be directed to one of a number of ‘Core Skill Stations’ and once
there, asked to perform the required activity to the best of their ability.

Scores will be recorded for each player before the groups then move onto the next station where their assessment continues.

After completing all of the stations, the grading will conclude with all selectors and coaches meeting to review and compare the player scores and to discuss which teams they should be placed in for the second day.

Players shall be placed in teams according to their current ranking and required to play against each other in a game setting. These may be small or larger-sized games, depending of course on player numbers and the age of the players being graded.

Once again, scores will be recorded for each player with particular attention given to how each player interacts and performs as part of a team.

At the conclusion of the grading, the selectors and coaches will meet to review and compare their player scores to compile a total graded ranking for each player.

Thereafter, teams will be created for each group and a collective decision made as to what division the team should be placed in for the season.

All players will be advised via email of the outcome of final team selections.
In due course they shall also receive an email from their Coach welcoming them to the team and providing information about team training schedules and other relevant information.

Players who are not assessed on either or both grading days will be assigned to a team and a division to be decided by members of the Club Committee.

Should there be any disagreement with the final grading selections of any team, the parent/carer of the said player must contact the Coaching Director via e-mail outlining their grievance as well as providing all the necessary evidence in support of their appeal.

Members of the Club Committee will then re-assess and discuss the claim and provide a decision within 5 days.

The Committee’s decision is final and no subsequent appeals will be considered.

In the interest of protecting the role of our coaches and selectors and of course the players themselves, all assessment information pertaining to the grading process will be kept confidential at all times.